Connectivity: They main block to enable them to have connectivity ecosystems where the telecoms operators. They had the power to provide the connectivity, control the data allow the customers and other technology companies to use the internet. Their idea was to create a company that would use the same concept of re-usability to send satellites and rockets to space in order to create a satellite networks infrastructure that can map the world and provide connectivity to allow the electrification of vehicles. They believed that connectivity should not be another extra service, but included as part of the experience of buying a Tesla product. Similar as a concept to some of the other companies Elon Musk has been involved in.

Bear in mind that this was 2008, we were all stunned and ..Uber impressed ! Their strategic plan was spot on, secondly they were there and open to share it with everybody as they were aware of the importance of the human factor and thirdly they had a clear and driven vision (obviously also by investment) on how they were going to drive this forward to its current (and even further) state.

Being an entrepreneur myself with many years already in the industry – and after the initial shock of amazement and insight I had just received – I decided to ask them directly how they planned to drive this forward.

“By belief and with a Team spirit” was their prompt response. He said “A belief is easy to create and be attached to, a team is a different thing. We think that the main problem in these industries that we are fighting to change is that technology and Investment are separate and not well understood. The management teams do not understand technology or investment so the strategic decisions are driven for the current status of their business. Their vision and ROI are short term. We at Tesla have the best combination of innovators, technical and investment team anyone has ever seen and so believe we are going to deliver because of the know-how and passion we possess”

That was the time I realised that to bring innovation and disruptive ideas to the market you need a vision, a believer, investment and the right combination between technology, thinking out of the box and not trying to reinvent the wheel.

Since them I had been working in a few companies, from Start-Ups, OEMs, SMEs and participated in quite a few innovative projects in connectivity, Autonomous Vehicles, AI, Big Data and Digital. I always see all projects with two approaches:

The Trinity:  One Belief, Technology and Investment. They need to be hand in hand and be balanced.

The Wheel: Do not try to reinvent the wheel, it’s round. Use the trinity to make it look different. 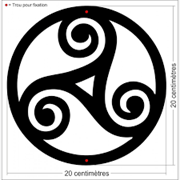 Sadly and 10 years after Tesla opened my mind and having being involved in some quite exiting projects I never saw a company that has producde as brilliant strategic plan as they did and had the results that they have had so far. The secret is the balance between a Believe, technology and Investment and not trying to overdo things. I know that is sounds quite logical and easy to apply however after 10 years in the industry Tesla is the perfect and only company that has however managed to make this happen.

My Advice: For all the companies out there that are starting or are already..there keep in mind the trinity and the wheel, develop your vision for the next 10 years and have a belief that drives your motivation.

Think we can help you? Send us an email at info@y-mobility.co.uk, or follow us on Twitter and LinkedIn where we release educational and informative content every day