Notice: Trying to access array offset on value of type bool in /home/dh_muq2zc/y-mobility.co.uk/wp-content/plugins/elementor-pro/modules/dynamic-tags/tags/post-featured-image.php on line 36
 The Importance of Electrical Architecture in AV - Y-mobility

The Importance of Electrical Architecture in AV

The introduction of autonomous driving features, sensors, telematics and the mount of data generated will have an enormous impact on the architecture of vehicles.

The automotive industry was not ready for these changes which in turn created a huge inefficiency in the integration of these technologies in the current fleet. In 2015 a car had a average of 10 million Lines of code ( LOC) and between 60 to 125 Electronics computer units ( ECU ) per vehicle. This maybe not seem a lot but to give you some other figures to understand the magnitude a Eurofighters jet has 1 million Lines of Code and not that many ECU’s.

This inefficiency in the development and integration of features was driven by the inability of OEM’s to understand and hence develop the right strategies to develop their architectures, as well as, a hardware driven approach that till today is what dictates the economy of scale in the automotive industry.

In 2012 a few OEMs started to realise they needed to adopt a difference approach, as the “archaic” architectures they were using could not “upscaled” in order to fulfill the requirements of the new features, the new technology trends and customer requirements. They simply realised they had to evolve and change..fast! These early adopters, that realised that the centralization of their architecture would help in reducing the complexity of the software and the integration in terms of time, started to bring the concept of Software Oriented Architecture (SOA) and the Domain Controllers in 2012. Today most of the automotive players are adopting this approach and using these methods.

Why is the architecture  so important and more importantly.. why now?

Having the right systems approach and the right architecture is necessary to develop any complex software that interacts with different ECU’s in a highly safety regulatory environment as the automotive. Architecture is the map for systems requirements, integrations, software developments, GPU and hardware providers to deploy any features or functionality in a vehicle.

With the growing demand of infotainment, telematics and ADAS systems the architectures currently in place where inadequate to withstand any sort of processing and that much computing power. At the same time most of the OEM did not have a proper systems approach which inhibited them from making effective use of these technologies. They – incorrectly – decided to build upon their existing softwares systems rather than new scalable ones which created a really complex software environment with a lot of LOCs.

With a declaration coming last year from most of OEMs lin the industry, that most of their vehicles would be electrical by 2020 and that level 4 and Level 5 autonomous driving would be in the market in 2025 onwards, the automotive companies faced a huge challenge.

Let me explain this step by step:

The life of architecture could be between 7 to 10 years max. At the same time most of the OEMs followed similar roadmaps to develop architecture as all of them had similar requirements and they were simply trying to have the same functionalities in order to compete. When the infotainment, telematics and ADAS features came to play in the market between 2013 and 2014 most of the electrical architecture softwares OEM’s had in hand were only used for ..half their “sell date”. In order to adapt to the new autonomous driving requirements form Level 4 and Level 5 , the OEMs would need to have a separate architecture.

So two architectures , Easy right???. Well not that easy…..

As we mentioned before all the electrical architectures are the maps for almost every component of a vehicle and hence everyone who is involved in its development.  So effectively all the value changes form Software to Hardware would have to be new.

When the architectures are defined the OEMs allocate a budget.  In most cases procurement agree deals for the life of the architecture of around 10 years, add some updates that easy, automated and affordable and that is that. Hence the use of 2 such architectures can mean an enormous cost OEM’s cannot afford. If at the same time they are deploying a new architecture, whilst new trends are taking over the industry they realise the features they initially conceptualised needing are a lot more. For example, computer power and efficiency would need to be improved, the network would require much higher speed and the GPUs need to process more data, would have to have the ability to integrate safety features as well as cyber security, ability to run machine learning and AI algorithms and all this whilst seamlessly interconnected at all times. You consequently end up with a complete set of hardware and software where only a few things can be “carried over”.

The nightmare of any CFO is to have to procure a lot of parts and then have to reuse as much as possible as it would otherwise be too expensive to run two architectures at the same time and compete in their industry. So now most of the OEMS are trying to find the best solution to solve these problems, some are trying to deploy their own SOA approached with their own domain controllers, some are calling for help from Tier1 companies , Systems Integrators, Start ups or GPU providers to partner with them in order to speed up the process a be competitive by 2025.

I always said that the autonomous driving would be a marathon and like a marathon some OEMs are looking for some experience runners that can show them some maps so they can prepare the right training to be the best they can be. Feel free to contact me for a FREE Consultancy meeting. 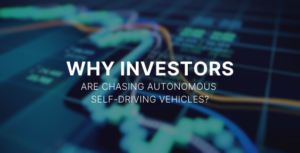 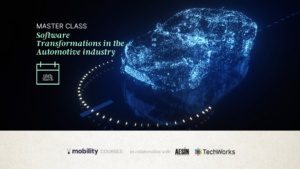